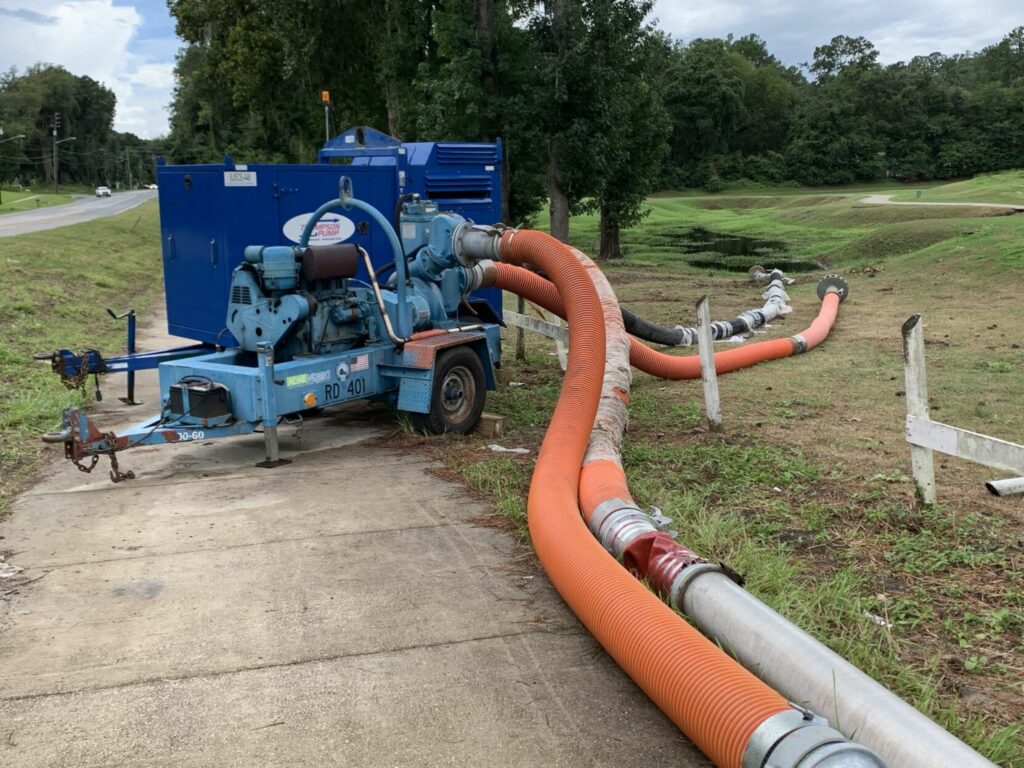 Alachua County Public Works Director Ramon Gavarrete is lobbying for the addition of at least four new diesel pumps to mitigate future flooding due to storms.

“For [Tropical Storm] Fred that was supposed to come, we rented two pumps from United Rentals and borrowed two from St. Johns Water Management,” Gavarrete said.

“The water district will pick up pumps this week because [Tropical Storm] Grace is not supposed to flood us,” Gavarrete said, adding that the county will retain the rentals for another 29 days.

Less than a month ago, Tropical Storm Elsa doused Alachua County, which brought on flooding in several residential neighborhoods and closed roads including NW 39th Avenue.

The Small Business Administration (SBA) approved Alachua County’s request for a disaster declaration in the wake of the storm and that allowed businesses, homeowners and renters in Alachua and adjacent counties Levy, Gilchrist, Union, Bradford, Columbia, Putnam and Union to apply for low-interest loans to cover costs of damages not covered by insurance.

As of Monday, pumps remained on Robin Lane off NW 39th Avenue, at Red Lobster off VW 69th Terrace, at Heatherwood off NW 35th Place, on SE 35 Street just off Hawthorne Road, at Emerald Woods off NW 65th Terrace, at Sunningdale of SW 1st Place, at Fletcher’s Mill on NW 115th Street, at Hayes Glenn of SW 112th Street, at the Hills of Santa Fe at NW 98th Street and 39th Avenue and at Richmond on NW 23rd Avenue.

According to Gavarrete, he plans to ask the Alachua County Board of County Commissioners (BOCC) this week during special budget meetings to approve the purchase of at least four or five pumps.

Gavarrete said the investment would be worth it.

“It’s peace of mind for people,” Gavarrete said. “I can manage them better if we own them.”

According to Gavarrete, South Florida often is first to rent or borrow pumps when storms are projected to hit Florida.

“If it’s a large storm, pumps won’t be available to rent or borrow,” he said.