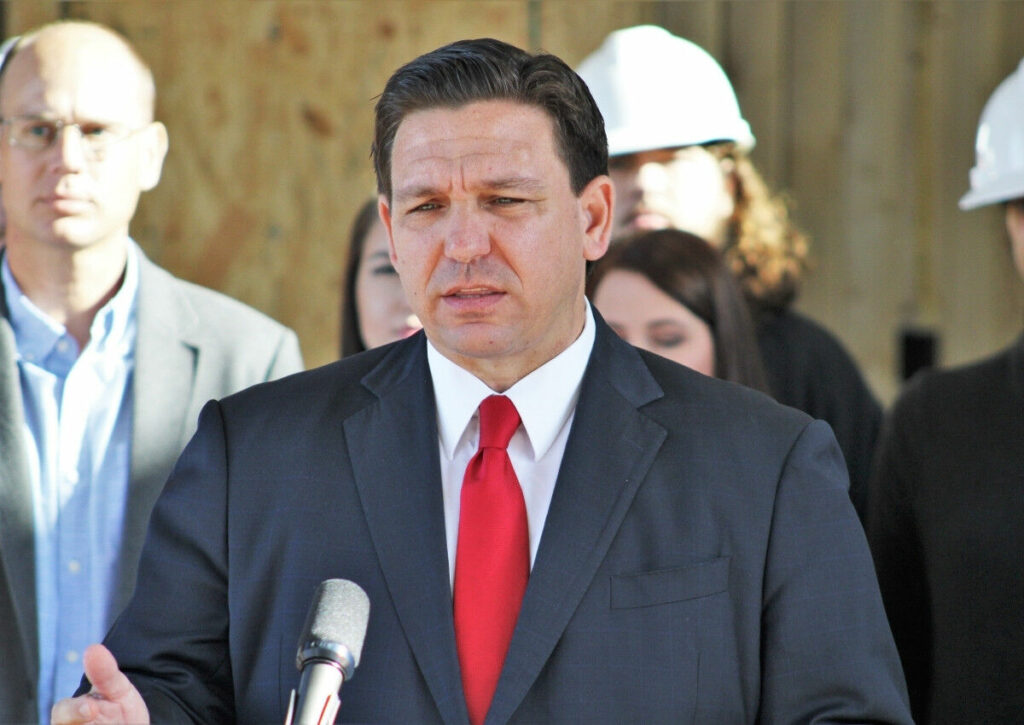 State Rep. Randy Fine, R-Palm Bay, got a thumbs up from Gov. Ron DeSantis in a tweet that supports Fine’s efforts to take $200 million from school districts that instituted face mask mandates against state orders.

Alachua County is poised to lose more than $2 million in funding if the budget plan passes. Other counties on the list to be penalized under Fine’s “Putting Parents First” proposal include Brevard, Broward, Miami-Dade, Duval, Hillsborough, Indian River, Leon, Orange, Palm Beach, Sarasota and Volusia.

During a press conference last week, DeSantis said it would be better to encourage students and parents to sue offending districts, “rather than take money that could penalize a teacher or student.” But on Tuesday DeSantis applauded the budget plan.

“Thanks to Speaker [Chris] Sprowls, Representative Fine, and the House of Representatives for heeding my call to protect students and teachers from accountability measures affecting union-controlled politicians and bureaucrats who defied Florida law by force masking kids,” DeSantis tweeted on Tuesday. “Most students didn’t want to wear masks in the first place! Let’s also give parents recourse for harms imposed on their kids due to this defiance. They should get compensated for academic, social, and emotional problems caused by these policies.”

Fine chairs the PreK-12 Appropriations Subcommittee, which aimed the deduction at districts that have administrative positions earning $100,000 a year or higher.

On Friday, the Florida Association of District School Superintendents released an update on the 2022 legislative session and addressed the withholding effort.

“In the House, the proposed PreK-12 budget included several key provisions,” the statement said, citing nine points including “$200 million Putting Parents First Allocation (PPFA) that would take district administrator salaries from the 12 districts that imposed mask mandates and distribute that $200 million amongst the 55 districts that did not impose a mask mandate.”

The association said it has raised “numerous questions about the PPFA language, including how the 12 districts will function without district administrators.”

It also took issue with the stated rationale for the funding changes: “The House proviso language provides, ‘Districts receiving a Putting Parents First Adjustment Deduct shall not reduce funding for any direct educational service or resource that impacts the education of kindergarten through grade 12 students enrolled in the school district.’ The sponsor of these provisions said this was targeted at central office bureaucrats making more than double what a teacher makes, but he denied that this was a punitive measure.”

If the Florida House approves the funding changes as part of the $105.3 billion state budget, the measure will head to the Senate for approval before landing on the governor’s desk.

Last fall the state withheld funding equal to the salaries of school board members, but it later returned the money after the district dropped its mask mandate.