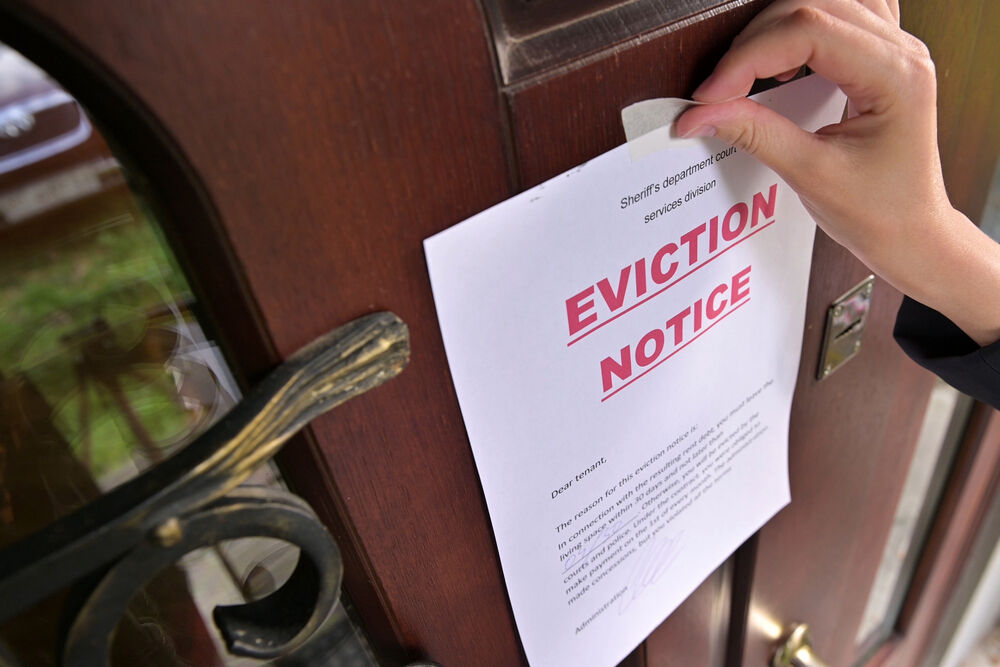 Unless Congress extends some protections at the last minute, the federal ban on rental evictions will expire Saturday, leaving a growing number of Alachua County residents open to removal from their homes.

The Centers for Disease Control and Prevention (CDC) set a moratorium on evictions during the pandemic to increase the ability of people to shelter in separate homes and reduce the number of people in multi-family or group living situations.

It has extended the ban several times with some extensions coming at the last minute. However, a June Supreme Court ruling made clear that congressional action would be needed to continue the ban, which expires Saturday.

Eviction filings in the Gainesville area have remained below average during the pandemic period, according to Eviction Lab, a Princeton University project that monitors nationwide trends in evictions. However, local experts expect those numbers to climb once the moratorium is lifted.

Three Rivers Legal Services, which helps low-income residents in multiple North Florida counties with free legal services, is gearing up for what they expect to be an influx of calls about evictions, said Mikel Bradley, the managing attorney for the Three Rivers’ Gainesville office.

“We are ramping up again, getting our staff set up to help people,” Bradley told Mainstreet Daily News in a phone interview.

Bradley said staffers have put a lot of information about evictions on their website and are planning to hold eviction clinics where people can come and speak with an attorney. In addition to its staff attorneys, the organization has prepared for the end of the rental ban by enlisting outside attorneys to represent clients pro-bono.

Under Florida law, most people who have been served with an eviction notice for nonpayment must deposit the disputed amount with the courts before their case is heard. If renters don’t deposit the money, Bradley said landlords can move for default judgement for lack of deposit and often get it.

“A lot of these cases are going to be cases where there’s not a good defense available because of that deposit required,” Bradley said. “If it’s simply you haven’t paid rent and the moratorium has been in place, there’s not a lot we can do other than we can explain the process and make sure people have the process down and make sure they know what the best option is for them.”

The conundrum that faces some of these renters is that they may qualify for federal rental assistance funding but may not get the money in time for their eviction case.

The federal government has financed two rounds of rental assistance for people affected by the pandemic. Money has been given to both the state of Florida and to Alachua County for emergency rental assistance programs (ERAP) to help pay for rent and utilities, including back payments to landlords and utility companies.

Under ERAP1, Alachua County received $8.123 million to administer an aid program. The money includes the direct aid awards as well as covers the county’s cost to run the assistance program.

To date the county has distributed $2.27 million to families in need and helped 540 households, said Claudia Tuck, the county’s director of community support services. They have a further $4.25 million set aside for direct assistance. Once the ERAP1 funds are spent down, the county has $9.7 million for the ERAP2.

When it was passed as part of the American Rescue Plan Act of 2021, the qualifying requirements remained close to the same, but an effort was made to ease some of the paperwork barriers to help make the ERAP2 aid easier to apply for and perhaps speed the distribution funds, according to the U.S. Treasury Department.

Unfortunately for some people who have received an eviction notice or may receive one once the moratorium lifts, that money may not come in time to help.

Judges will not negotiate settlements or payment plans for people in eviction cases, but mediation is an option.

“We have seen a lot of mediation being offered, especially in cases without deposits,” Bradley said. And the mediation period allows renters and landlords to negotiate settlements and helps provide extra time for rental assistance programs to kick in.

“We want the landlords to be paid, but we want everyone to be housed,” Bradley said. “Mediation in those cases would be really valuable.”

Increase in final orders to vacate

In addition to increasing new eviction filings, the lifting of the moratorium is likely to cause a spike in people who have eviction judgments against them finally having those orders enforced.

Bradley said there’s a “whole host of cases” filed while the moratorium was in place in which renters have an eviction order against them, but judges have held off on the writ of possession, which gives tenants a final order to vacate.

“We anticipate many people showing up at the door and saying, ‘I have a writ of possession,’” Bradley said.

If people think they might be facing possible eviction, Bradley suggests they take certain steps to prepare for talking to an attorney, including:

Despite potential hurdles to tenants, such as the deposit requirement, Bradley recommends people still seek legal advice if they are facing eviction.

“You always want to know when you have your specifics in hand, what your options really are,” Bradley said.

The Gainesville office of Three Rivers serves Alachua, Baker, Bradford, Gilchrist, Levy, Madison and Union counties. People have to meet certain income qualifications to use Three Rivers services but those requirements depend somewhat on circumstances, so Bradley encourages people to call to see if they qualify.

Editor’s note: A previous version of this story said Alachua County had distributed $2.7 million in rental assistance. The number has been corrected to $2.27 million.