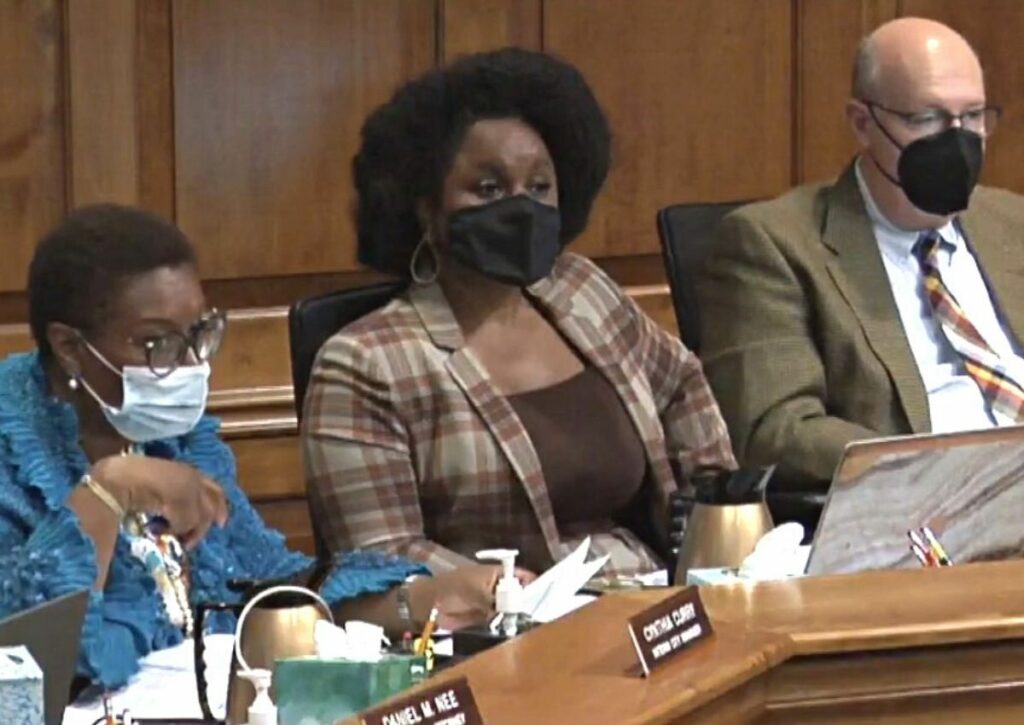 The motion finalized a $4.1 million slice of the funding, gave the city manager’s office official control of the ARPA process, authorized the city manager to hire a consultant who will work full-time on ARPA funds and directed city staff to return with details on other projects the commission might finance.

The commission greenlighted four spending projects that totaled to the $4,108,804 approved on Monday.

The largest chuck, $2.25 million, will go to an urgent care facility in East Gainesville that UF Health will operate. The proposed facility will receive financing from the city, Alachua County and UF Health.

The UF clinic project was the only part of the motion that failed to receive unanimous support with Commissioner Desmon Duncan-Walker in dissent.

“Clearly, I support healthcare, and I certainly am concerned about meaningful ways we can address the healthcare disparities throughout this city, particularly in District 1,” Duncan-Walker said after the vote.

She said her vote against the project came from not yet receiving information she requested at the last meeting concerning the clinic. Plus, Duncan-Walker said she’d like to see UF partner differently with the city.

“I just was simply unable to support that particular part of the motion,” Duncan-Walker said. “However, I look forward to future conversations about how we can meaningfully expand healthcare access in East Gainesville so that we can address the disparities.”

The Alachua County Board of County Commissioners already approved its $2.25 million portion of the funds also through ARPA.

The second approved project will finance revenue replacement for the city to the tune of $1,158,804 million. The federal government allows cities to use the ARPA funds to make up the estimated loss of revenue caused by the COVID-19 pandemic.

Monday’s motion also gave approximate funding amounts to several projects that city staff will develop plans for and present to the commision at an upcoming meeting. At that meeting, the commission may vote to approve the projects.

Those funding estimates and projects are as follows:

If these projects are finalized with the current dollar amounts, the city will have $2.3 million left from the general ARPA funds.

Gainesville received a separate $14 million in March for its Regional Transit System (RTS). The commission has yet to discuss spending those funds.

These funds work differently than the $32 million given to the general government for distribution. The city must create a plan with specific uses involving RTS for the money and send it to the U.S. Department of Treasury, who will decide whether to finance the project.

The other special category involves $2 million for HOME funds. These funds can be used for preservation of affordable housing, tenant-based rental assistance, homeless prevention services and housing counseling.

The federal government requires Gainesville to obtain community input on these funds, and the city’s Department of Housing and Community Development is working on a plan for community engagement.

Informed by the community input, the commission can approve plans for the funds that will also be sent for approval to the federal treasury department.

Plans for these funds, along with a general update on all ARPA funds, will come before the commission at a General Policy Committee (GPC) meeting in late January or early February.

The commission also authorized a regular quarterly update on the ARPA process as part of its GPC meetings.

As part of the initial ARPA funding, the commission set $7 million aside as grants for nonprofit organizations. While the money has already been earmarked, the city won’t distribute the funds until 2022 as it works out a system to vet and approve nonprofit proposals.

The city will first open up a request for qualifications to hire a vendor that can coordinate and manage the grant process with the nonprofits. According to staff documents, the city hopes to select the vendor in January and open the application for nonprofits after that.

Another portion of the previously finalized ARPA funds went to eviction assistance. The commission voted to give $500,000 to Three Rivers Legal Services, who currently works with the city under a contract approved earlier in 2021.

However, Three Rivers said using the funds as the commission requested fell outside the agreement it had with the city.

Gainesville staff are considering an application process to find a third party that can perform the eviction assistance or whether city staff can provide the service with the $500,000, according to backup documents from Monday’s meeting.

The project is slated to receive an additional $500,000 next year.