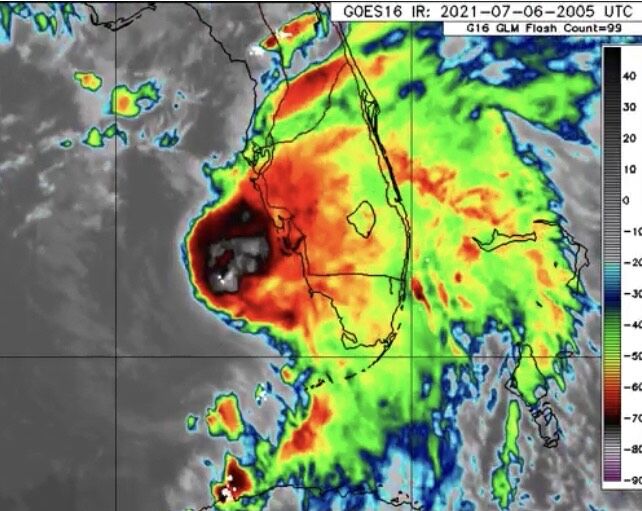 With the removal of Franklin County, which is no longer in the projected path, there are now 33 counties under a state of emergency including nearby Alachua, Columbia, Dixie, Gilchrist, Levy and Suwannee counties.

David Peaton, assistant director of Levy County Emergency Management, issued an 8 p.m. update stating that residents are running out of time to prepare for Elsa.

Peaton said based on his latest communication with state emergency leaders that Hurricane Elsa will most likely make landfall “somewhere in the Cedar Key to Yankeetown area.”

Those Levy County or area residents who feel unsafe can seek a last resort shelter at two locations:

According to Peaton, residents and visitors are encouraged to report any storm related damage through the county’s online portal or through the Levy County Emergency Management app.

Self-service sandbag locations are now open at the following areas:

Storm Surge: Areas along the coast need to prepare for up to 6 feet MSL, or even the possibility of it being a bit higher, starting on Wednesday morning.

Wind: All of Levy County needs to prepare for periods of high wind of 40-60 mph with winds getting stronger as you get closer to the coast. Wind timing can expect to start later tonight into the very early hours of Wednesday. Public information lines will be open all night at 352-486-5155 and 352-486-5576.