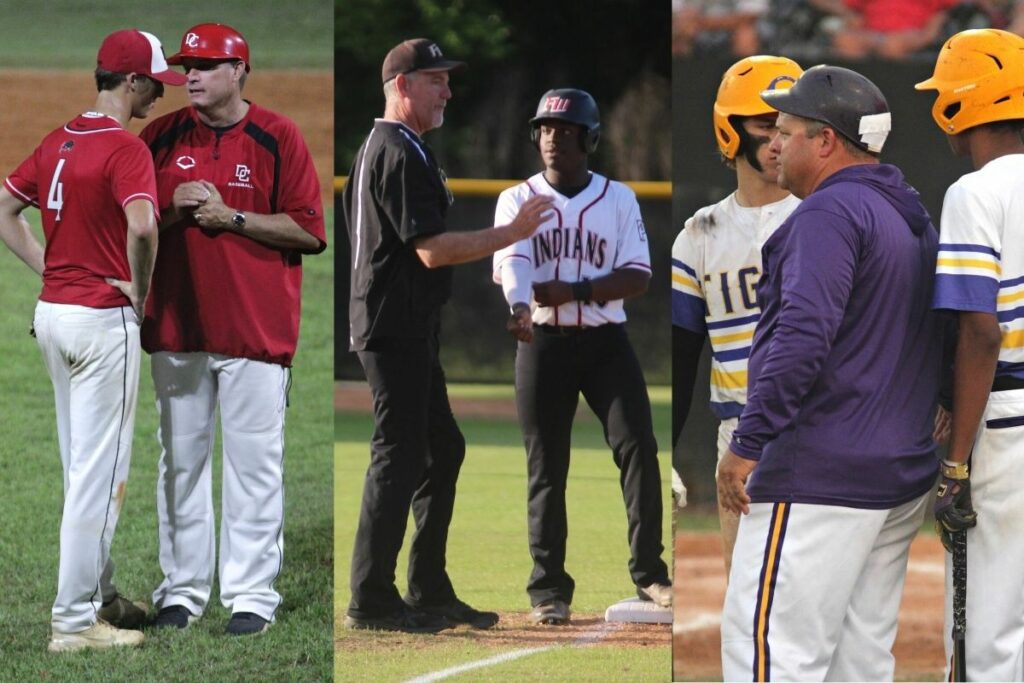 A pair of area baseball teams are playing today in their first final four in school history, but it will take wins against the top two teams in the state to advance to Thursday’s state championship game.

This afternoon at 4 p.m. the Dixie County (Cross City) baseball team will play top-ranked Bozeman (Panama City) in the Class 1A state semifinals.

The game will be broadcast online at MainStreetDailyNews.com beginning at 3:50 p.m. with Marty Pallman calling the action.

This is the first state semifinal appearance in program history for the Bears.

“For the community, this is a historic experience and one that they are fully embracing at every step,” said second-year Dixie County coach Shannon Smith. “The community recognizes the unique opportunity we have, and they are totally supporting everything we do. I think this type of situation brings a lot of joy to the county residents. It is always memorable to see young people reach for excellence.”

Bozeman is led by Jeremy Todd, a Gulf Coast State College signee who drove in 52 runs and had seven home runs last year. A hand injury kept him out of the offensive lineup for most of the season, although he batted .567 in 30 at-bats, and he has still been able to pitch once a week.

“They are a very good team and I think the game will be a real battle,” Smith said. “We just have to focus on ourselves and do our job.”

Fort White will play Holmes County, ranked No. 2 in 1A, in the other state semifinal at 7 p.m.

This is the first time in school history that any sport has reached the state tournament game.

“Becoming the first team in school history to reach the final four is an amazing accomplishment for these young men and a great sense of pride for the Tiwahe family,” said Fort White coach Rick Julius.

The Indians (16-6) won their regional semifinal against Union County, which was ranked No. 4 in the state in 1A, in extra innings. They defeated Lafayette (Mayo), who has been ranked No. 1 or No. 2 all year long, 3-2, in the region final.

Fort White, which is only batting .242 as a team, also carried a 12-game winning streak this year, the longest in school history.

“He has been our go-to guy, and he deserves the ball for the first game,” Julius said.

“The keys to beating Holmes County will be putting the ball in play, continue to throw strikes, and play good defense,” Julius said.

On Thursday, Columbia (Lake City) will play in its first state semifinal in program history.

The Tigers (22-8) advanced by scoring four runs in the bottom of the seventh inning against Lincoln (Tallahassee) for a 7-6 win against the Trojans in the region final this past Monday.

This is the first season for head coach Chris Howard, who took Hamilton County (Jasper) to the Class 1A final four last year.

There were high expectations placed on the team early this season and Howard said he could feel the pressure.

“I did,” he said. “I think the team did when we went through that little spell losing a few games, everybody kind of got a monkey on their back, feeling the pressure, and luckily it has all paid off. We’re very fortunate.”

Columbia will play Eau Gallie (Melbourne) at 4 p.m. on Thursday. The game will be broadcast online at MainstreetDailyNews.com beginning at 3:50 p.m.