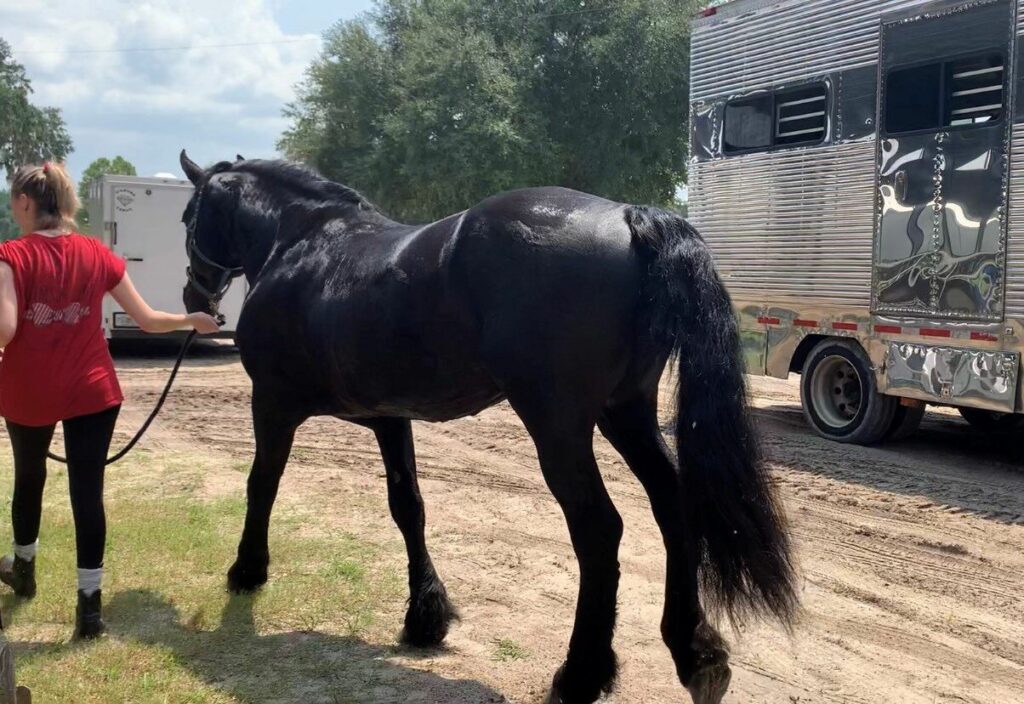 Riding master Rene’ Gasser says anyone who loves horses also loves learning about the culture and history of different breeds.

While unloading his Lipizzaner stallion, Spanish Andalusians, Friesians, Arabian and a Quarter horse from his 15-horse trailer at the Alachua County Equestrian Center Newberry Gasser said that his Gala of the Royal Horses show tonight will be a treat.

Gasser, who is a seventh generation riding master trained in Vienna and Spain, said the show will feature a stallion parade where the horses will be introduced with an explanation of breeding, where they come from and what role each played.

Tickets can still be purchased at the gate tonight and available at the door one hour prior to showtime ranging in price from $20 for seniors to $50 for VIP seating and a meet and greet with Gasser after the performance.